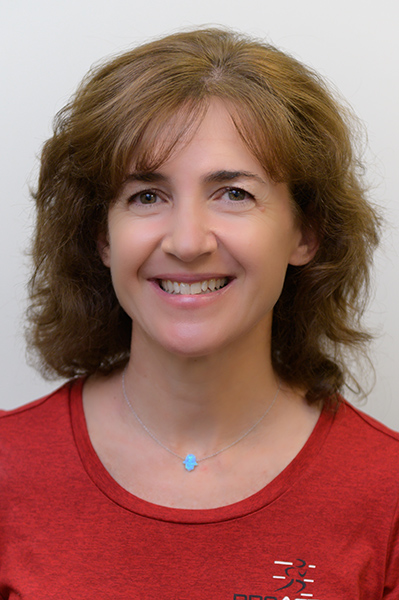 Rachel has a Master of Physical Therapy degree from Emory University in Atlanta, GA, graduating with Highest Honors in 1995. She has extensive experience in general orthopedic and sports injuries and manual techniques. As owner of ProAction Physical Therapy, Rachel specializes in the treatment of running injuries and prevention techniques. Her particular interest is in foot and ankle rehabilitation. In 2009, Rachel received her certification as a Board Certified Specialist in Orthopaedic Physical Therapy. Also, she is an RRCA certified running coach. Rachel was honored to be named RunWashington Magazine’s “Best Physical Therapist for Runners” in the Washington, DC, area for 2014.

As a runner herself, Rachel is very involved in the running community and is a member of the Montgomery County Road Runner’s Club (MCRRC).  Each year she delivers numerous lectures to various local running groups. She has volunteered and is currently volunteering as Medical Coordinator for the following races:
Credit Union Cherry Blossom 10 Mile Run (2001-present), USATF Cross Country Championships (2009), Halloween Young Run (2009, 2004), Parks Half Marathon (2006-7), Marathon in the Parks (2004).

Rachel also has been providing  her expertise at various running clinics, including MCRRC’s Run Performance Lab since its inception in 1999.  She was honored at the request of the White House Medical Unit to analyze the running gaits of and to discuss injury prevention with their staff, including Secret Service men and women. In addition, Rachel has been quoted in Runner’s World Magazine and hosted a segment of a local public affairs radio show on the topic of running.

Since junior high, Rachel has run races to marathon distances.   Also, she played travel soccer growing up in Long Island.  For better or for worse, she is a loyal New York Jets fan.  Most of all, she is most proud of her two children. 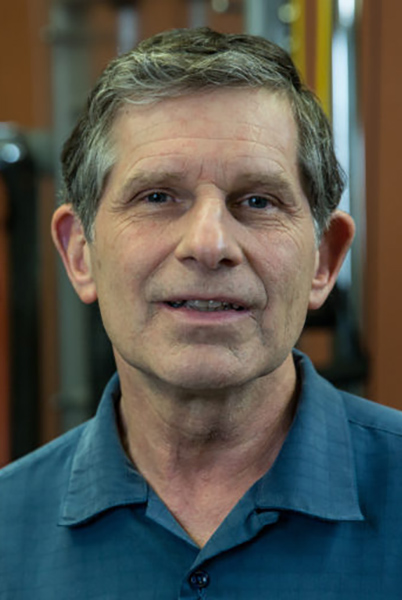 Ken is a graduate of the University of Pittsburgh with a Master of Physical Therapy degree in 1995. For many years Ken has focused on the rehabilitation of patients with orthopedic and sports injuries. Specializing in sports-specific rehab, Ken enjoys the challenges of working with athletes at all levels of competition, from recreational to professional. He has experience and success treating ice skaters. Ken’s own experience with physical therapy after a devastating knee injury and subsequent surgical reconstruction led him to pursue a career in this field.

Ken’s expertise can be seen at the Montgomery County Road Runners’ monthly Stride Clinics. Also, Ken received commendations from the White House Medical Unit for his participation in Running Clinics for their staff. Recreationally, Ken enjoys playing basketball and running. Ken is a veteran of the Navy. 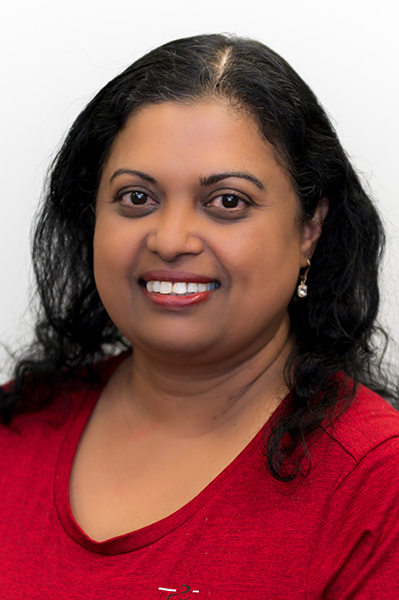 Darshinee graduated with a Bachelors of Science in Physical Therapy from The University of the West Indies, 1992. She has the unique distinction of being a Dual Board Certified Clinical Specialist of Orthopaedic and Sports Physical Therapy.  She is also certified by Westside Dance Physical Therapy in New York as a Dance and Performance Rehabilitation Specialist.

Her training has focused mainly on manual therapy and sports medicine techniques.  She believes in a holistic and hands-on approach to the rehabilitation of musculoskeletal injuries as the best way to manage individuals seeking physical therapy interventions.  She has a special interest in the treatment of shoulder, hip and knee injuries of athletes of all abilities, including high school and collegiate levels.

In the past 6 years, Darshinee has developed and promoted the rehabilitation of dancers and other performance art athletes, including gymnasts, skaters and musicians.  She has a special understanding of managing those under 21-year-old and how to develop programs to specifically address their individual age-related needs.

When not working, Darshinee spends most of her time with family and friends.  She is an avid reader and self-acclaimed foodie, who loves to cook and sample exotic cuisines.  Darshinee has the ability to connect with people in a very meaningful way. 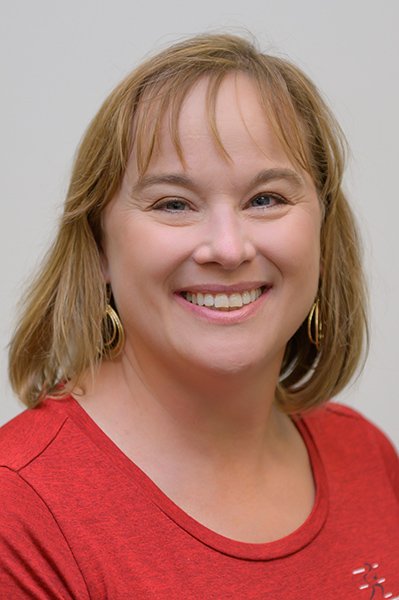 Kathy was raised here in Montgomery County along with eight siblings, and local competitive swimming was a big part of her childhood.  As such, she is a very involved volunteer for that sport.  She is a certified USA Swimming Official, serves on the executive board of the Montgomery County Swim League, and is the Parent Representative for the Montgomery Blair High School Swim and Dive Team.  Kathy’s husband and four daughters keep her busy as well. 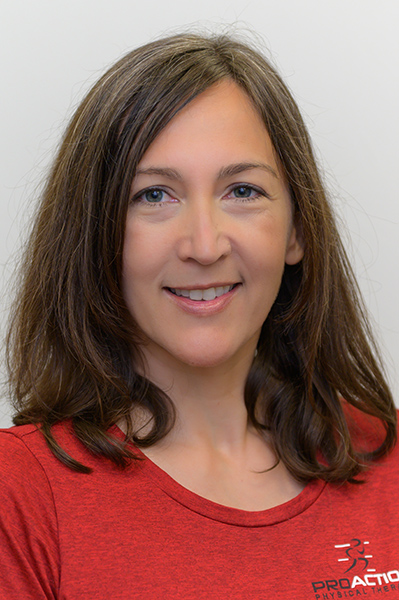 Carrie received her Master in Physical Therapy degree from Emory University in 2001 with honors, and is a RRCA Certified Running Coach. Her background in manual therapy and postural restoration is expertly utilized to improve her patients’ alignment and movement patterns. Using muscle energy techniques enables Carrie to improve soft tissue and joint mobility in a pain free manner. Her passions include treating patients with shoulder, sacroiliac, and postural dysfunctions.  Also, Carrie has experience treating hypermobility-related issues, including those diagnosed with Ehlers-Danlos Syndrome. As an Aquatic Therapist, Carrie works with people who have had limited success with traditional land therapy. She utilizes her extensive knowledge to improve strength, flexibility, balance, endurance, posture and reduce pain in our warm water environment.

She also has extensively worked with teenage athletes of all abilities. Early in her career, Carrie worked with children with special needs in the school-based setting. She enjoys helping all her patients reach their full potential. In her spare time, Carrie enjoys rollerblading, swimming, and flamenco dancing. 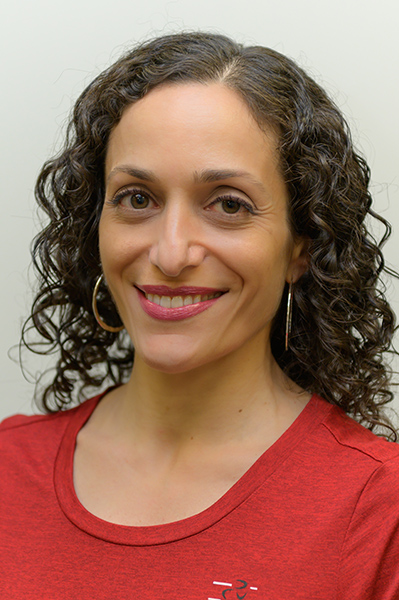 Lydia completed her Bachelor of Science in Kinesiology with a biophysical emphasis from the University of Maryland at College Park in 1995. She then attained her Master of Science in Physical Therapy from Marymount University in 1999.

In 2005, Lydia became a Certified Strength and Conditioning Specialist with the National Strength and Conditioning Association. In addition, she is a Practitioner of Pilates for Rehabilitation with Polestar Education and Nationally Certified Pilates Teacher with the Pilates Method Alliance. Most recently, Lydia achieved her Dry Needling National Certification in 2014.

Lydia specializes in techniques of muscle energy, soft tissue massage, joint mobilization, and dry needling to release movement restrictions and improve function. In conjunction with her manual treatment, she incorporates exercise prescription for functional recovery and return to sports. Lydia is passionate about the care she provides and strives to address the individual needs of her patients. Outside the office, Lydia enjoys cooking, photography, and outdoor activities. 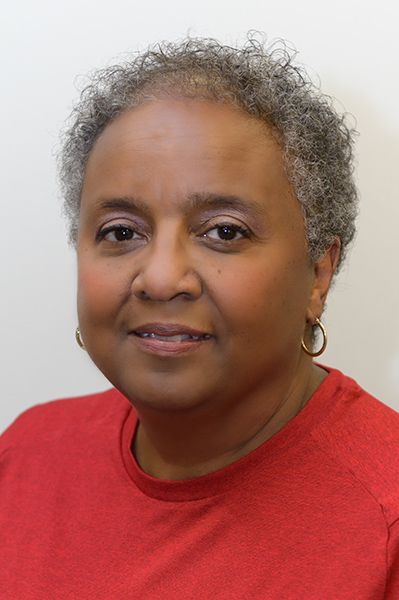 Beverly graduated Magna Cum Laude with a Bachelor of Science Degree in Physical Education from Hampton University, a Physical Therapy Degree from Howard University, and earned Certificates in Corrective Therapy and Neurodevelopmental Treatment. Her clinical experience and current interests are in the areas of musculoskeletal dysfunction, orthopedics, and geriatrics.  She has cultivated particular skills in manual therapy techniques of myofascial release, soft tissue mobilization, functional mobilization, and postural alignment and stabilization.   With over 35 years of experience, Beverly has “seen it all”, and she has many tools in her “manual toolbox” to treat any orthopedic condition. Her specialty is treating SI joint and spine injuries.  She is a firm believer in the concept of regional-related pain and dysfunction and uses this as the foundation for establishing the source of dysfunction.

Beverly is a frequent traveler, and has visited all parts of the world, including China, South Africa, Dubai, Australia, and the Caribbean.  She also enjoys baking and hosting dinners for family and friends. 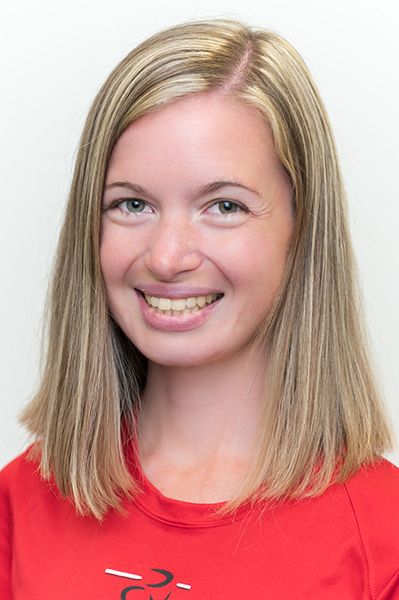 Kelsey received her Doctorate of Physical Therapy from Ithaca College in 2019. She is a RRCA Certified Running Coach. While studying at Ithaca, she had the opportunity to learn and practice in a variety of different settings across the country, including both outpatient clinics and inpatient facilities in California, Florida, New Jersey, and Maryland. Kelsey has experience treating a variety of orthopedic and sports injuries. As an avid runner herself, Kelsey is passionate about working with other runners and athletes in general. From the seasoned runner to the weekend warrior, Kelsey will work with you to get you back to doing what you love! She emphasizes a combination of hands-on therapy and personalized exercise and training plans to help her patients achieve their goals. In addition, Kelsey works with the geriatric population on improving balance and reducing risk of falls. Also, she holds a particular interest in working with cancer patients.

Kelsey’s passion is running longer distances. When she’s not out running, she enjoys spending time with her dog, Zelda, reading, and playing video games. She was born and raised in Montgomery County, and is excited to be back home to work! 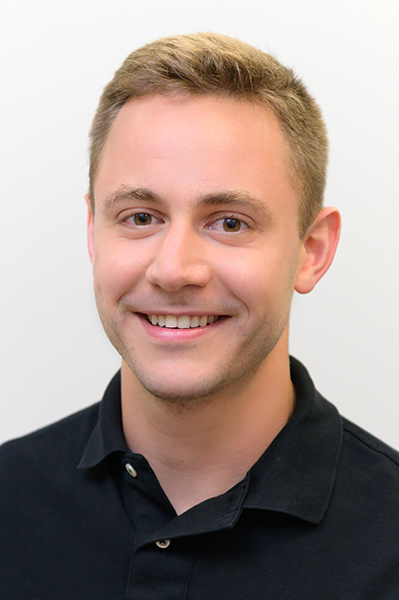 While studying at Pitt, Josh had the opportunity to treat patients of various backgrounds and presentations, to neurological and developmental disorders, in orthopedic, hospital, and pediatric settings. He applies evidence-based care to each individual’s needs. Josh has extensive experience working with surgical patients. Also, his own background in athletics has helped cultivate his love for Physical Therapy and his understanding of the athlete’s drive to return to sport. Josh competed at the University of Pittsburgh for their cross country, indoor, and outdoor track team at the Division 1 level. In high school, Josh was a 2x Maryland state champion in track and field while competing for Wootton High School in Rockville.

He has continued his running as well as his other interests including soccer, basketball, disc golf, and swimming. Josh also has a hidden talent for playing multiple musical instruments. Other interests include hiking and spending time with his family and dog. His love and enthusiasm for PT can only be rivaled by his unwavering devotion to the Pittsburgh Steelers and Manchester United Football Club. 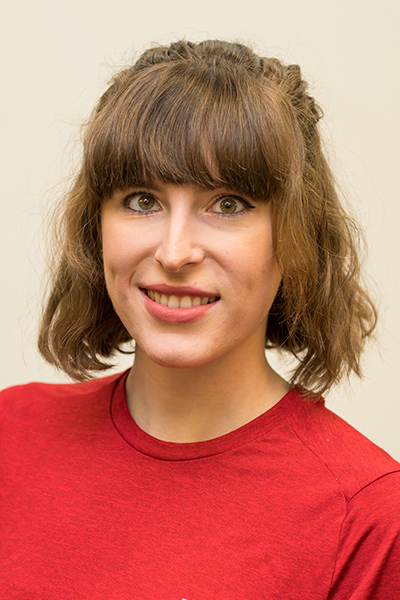 Ellen is a 2020 graduate of Mercer University earning her Doctorate of Physical Therapy. She also attended Mercer University for her undergraduate education in global health where she was a member of the dance team. During her studies at Mercer, Ellen had the opportunity to treat a variety of ages and conditions, with experience in pediatrics and outpatient orthopedics. Most recently, she practiced in the home health setting, working exclusively with the geriatric population.

As a dancer herself, Ellen has a passion for dance rehabilitations and injury prevention. Also, Ellen participated in soccer, volleyball, and cheerleading through the years. Ellen has a passion for working with athletes and dancers of all ages. And due to her previous experience, she enjoys helping people improve their balance and reduce fall risk.

In her free time, Ellen enjoys ballroom dancing with her husband, many other forms of dancing, traveling, playing with her cat Luna, cooking and baking, and playing games with family.